Initially scheduled to take place on Tuesday, February 7, the event had to be postponed by one week on account of a national state funeral. On the 14th at 10 PM, the country’s national school for magistrates and civil administrators (ENAM) graciously hosted the country’s first public event celebrating World Interfaith Harmony Week. At the high table were featured:

In addition to an audience of ENAM students (future civil servants and military officers), the Christian community was represented by Fr Richard Tende. Also in attendance was Genaro Bernal of the United Nations MINUSCA. 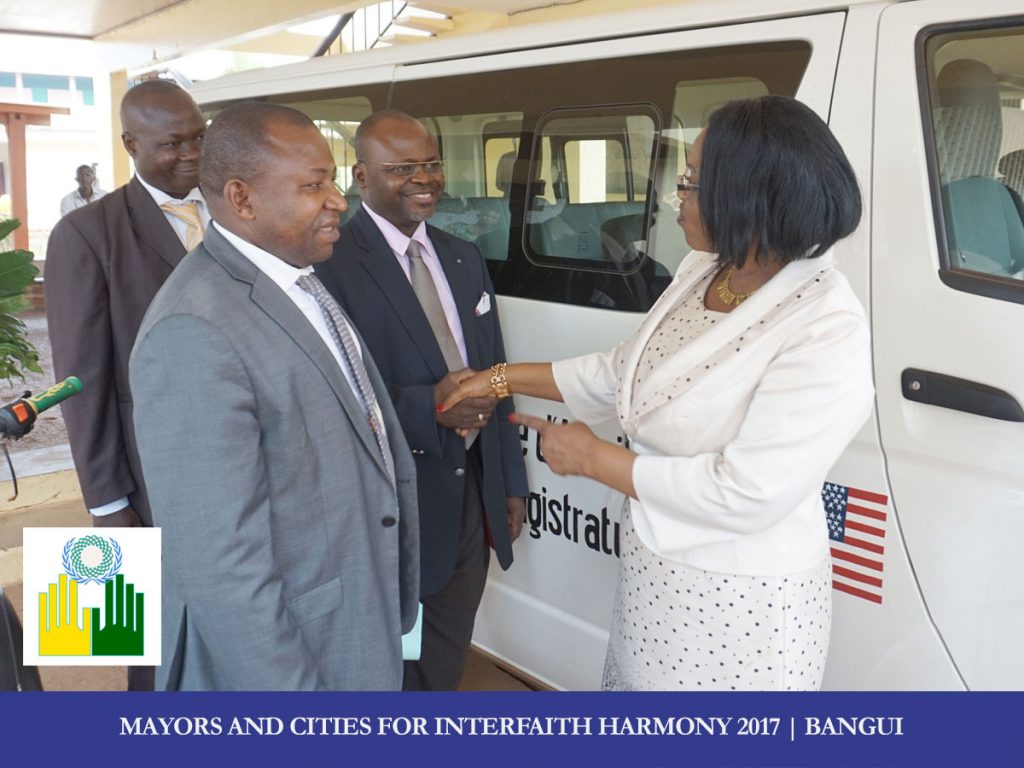 Photo above: The Deputy Mayor arriving at the ENAM and is greeted by the ENAM Director as well as representatives of the University of Bangui and EUCLID. 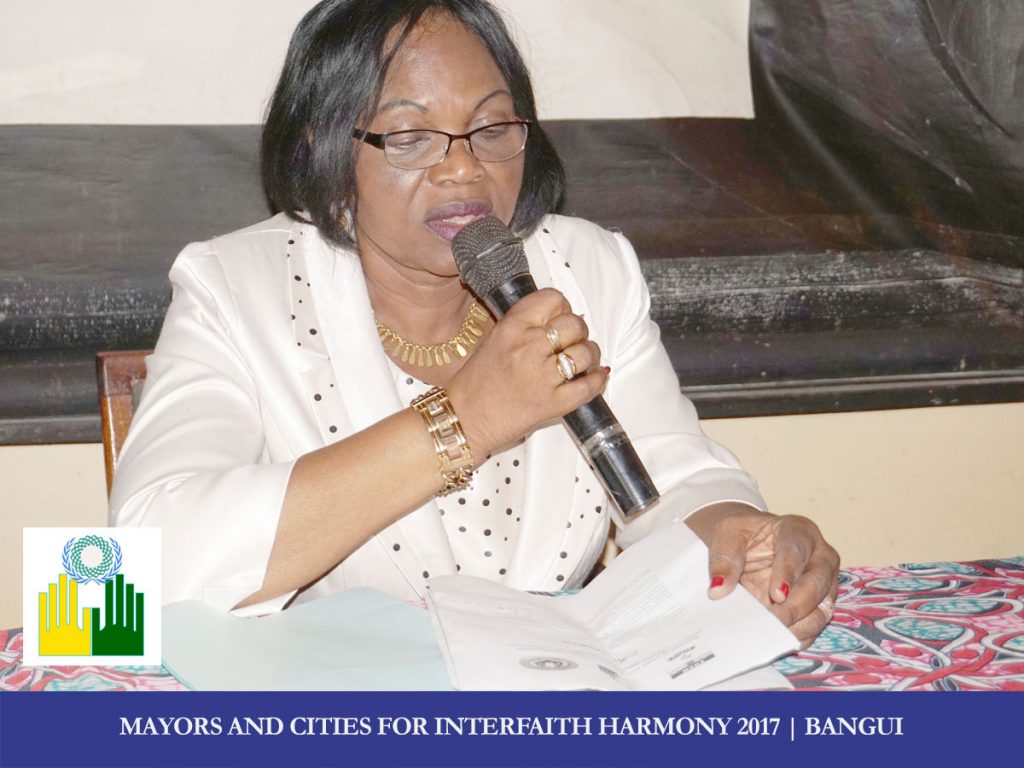 Photo above: The Deputy Mayor reading the Proclamation. 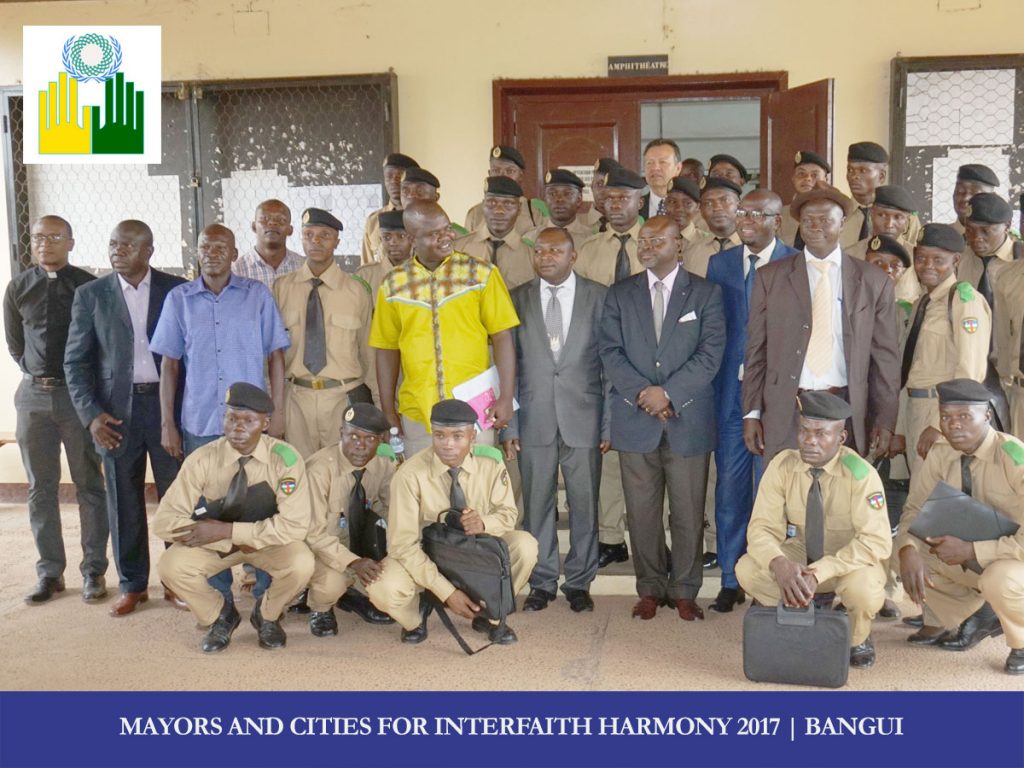 Photo above: Group photo with the lecturers and attendance. 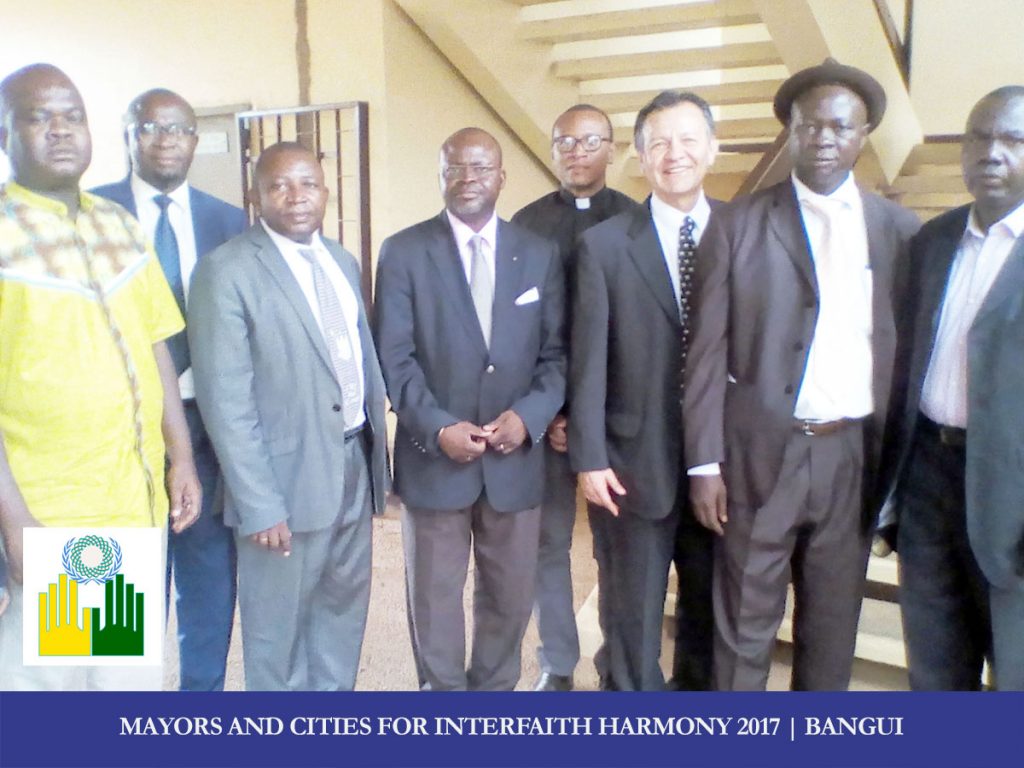 Photo above: the speakers and organizers.